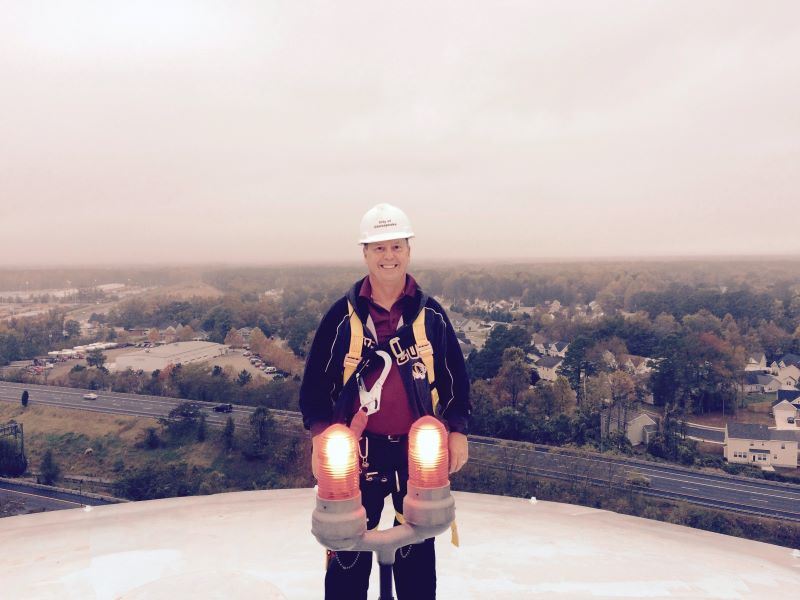 David Jurgens arrived in Chesapeake in January 2014, as a Virginia homecoming. From his origins in the mountains of Charlottesville, David had traveled extensively around the globe. As the Director of Public Utilities, he has propelled the Department forward while meeting the challenges of a growing City.

Formal education credits David with a B.S. in Civil Engineering University of Missouri in 1982 and a M.A. in International Business from Webster University in 1992. Added to that is the 10 years of active duty in the United States Army and 18 years of reserve duty, retiring as Lieutenant Colonel, where he served in numerous and varied assignments. In a few words, David has a full locker of experiences.

Since 1982 David has continued in public utilities, public works, and military service to provide leadership in communications, team building, and industry trade. He managed such diverse areas as recycling, parking, water and sewer works, and has shown us he doesn't mind getting dirty in a water main line excavation or climbing to the top of a water tower when needed. His leadership skills have been recognized by AWWA, WEF, ASPA, SAME and he remains active with several study and service groups.

Since coming to Chesapeake, David has provided leadership for the team to improve efficiency and effectiveness for the Department. He has received recognition from bond agencies by higher ratings, customer accounting by reducing unpaid delinquent accounts, and operational costs by renegotiating contracts that eliminated the need for an already-approved rate increase. You will recognize David by his eclectic collection of cartoon ties.