The Census, conducted in the United States every ten years, determines how millions of dollars in federal funding will get distributed and it determines our representation in Congress. The Chesapeake Census 2020 Complete Count Committee (CCC), appointed by Mayor West, coordinated Chesapeake's efforts to educate citizens and ensure everyone had the opportunity to respond to the Census. The final Complete Count Committee memorandum and report to City Council details all of the outreach efforts and methods used to educate residents leading up to the census collection. 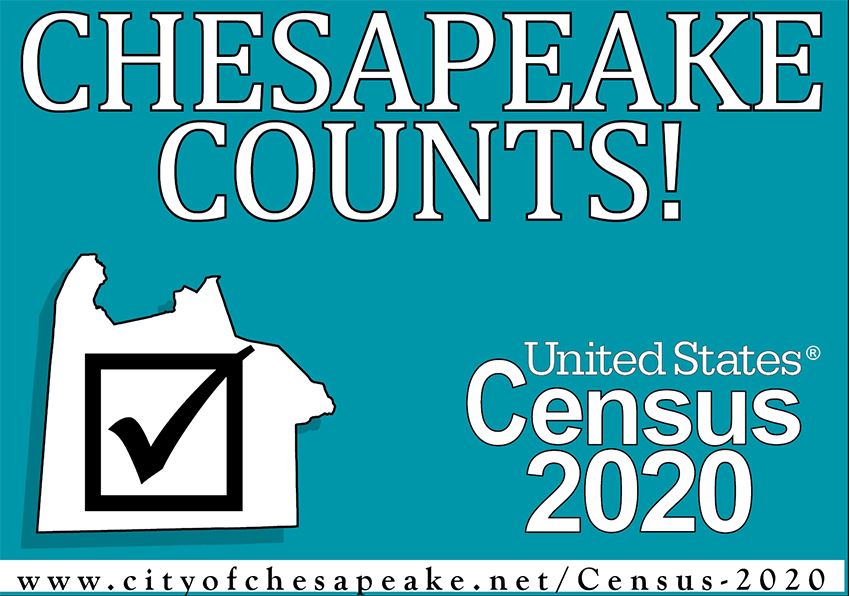 What is American Community Survey?

After the 2000 Census, the American Community Survey (ACS) was created. The questions formerly asked on the Decennial Census were divided between a  “short” and “long” form. The U.S. Census, conducted every 10 years, became the short form while the American Community Survey is now composed of short and long form questions. The U.S. Census is distributed to every household in the United States. It typically consists of basic questions related to age, sex, race, Hispanic origin, household relationships, and owner/renter status. However, the American Community Survey collects more detailed information that not only includes basic short-form questions, but also comprehensive questions about population and housing characteristics. The ACS is compiled every year from a random sampling of 295,000 addresses a month across the United States. The U.S. Census Bureau will notify ACS participants by mail and include instructions for completing the survey online or by paper. Some households may receive both the ACS and the Census 2020 survey. Households should complete both surveys.